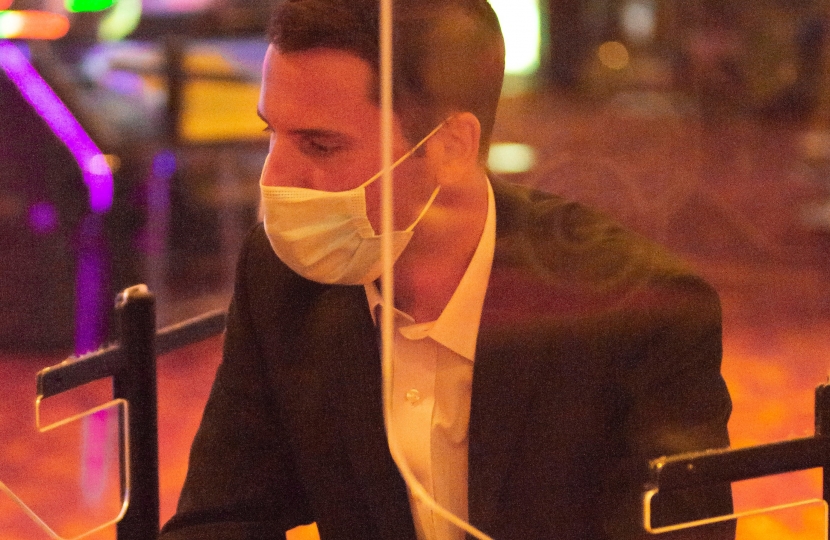 Blackpool South MP Scott Benton has this week called on the Government to authorise a new ‘regional’ or ‘Super-Casino’ in the town.

“I have visited a number of casinos, including the ones in my constituency. Casinos bring many benefits to local communities. Casinos also make a substantial contribution to the Treasury.”

He asked Minister John Whittingdale MP from the Department for Digital, Culture, Media and Sport:

“Will the Minister commit himself to reviewing the case for a regional casino during the gambling review and assess the significant positive economic impact that a regional casino could make to a town such as Blackpool, which would be the obvious location to host such a casino?”

The Minister first discussed an earlier bid for a Casino for the town:

“Everybody in the House of Commons believed that that one [Casino] licence, if awarded, should go to Blackpool, and we were all somewhat mystified when the panel advised that it should go to Manchester.”

The Minister then replied that the proposal for a Blackpool Super-casino could go forward, if there was sufficient support in the Town, if Blackpool Council supported the idea and that a suitable operator could be found:

“My hon. Friend is right that casinos provide a significant tourist attraction, as well as a major economic contribution. The legislation is still on the statute book and could therefore be utilised… I would certainly be willing to talk to my hon. Friend and others from his constituency about that possibility”

There is widespread support across the town for a super casino and Ian White, a director of the approved hoteliers group Stay Blackpool suggested

''A Super Casino bringing dynamic investment would stimulate and support a truly, year-round economy that the resort needs.''

''The creation of a super casino in Blackpool would herald a new powerful tourism brand for the resort and create a new holiday experience that would be a catalyst for inward investment; supporting growth, development and prosperity across all sectors."

Though there is clearly no single silver bullet to change Blackpool’s fortunes, the creation of a Super casino would create many jobs in the town, from contractors working on the site initially, to staff at the premises once complete. There would also be a significant boost to local companies that could offer goods and services to the casino, its staff, and its customers.