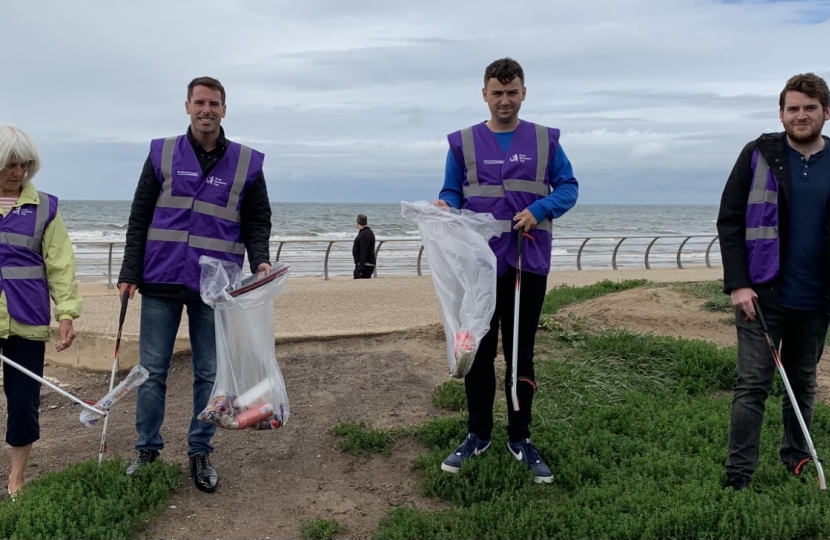 But despite the UK being the only G20 member that is on target to achieve its commitments to keep global temperatures from rising by more than 1.5°C, according to the annual Climate Transparency Report, we are consistently being slammed by climate activists for not doing more.

The report also says the UK has a lower per capita emissions output than the G20 average. Why is it that the UK consistently goes above and beyond in its commitments to reach net zero, whilst almost every other nation falls below their fair share of climate action?

It won’t be long before activists are demanding we go one step further and become net-negative to offset emissions from countries that aren’t making the same commitments that we are. Activists already demand we provide more funding to poorer countries to meet green ambitions that we ourselves as an advanced economy we impose upon them. The UK has already committed a world leading £11.6 billion in international climate finance over the next five years. At a time when foreign aid has rightly been reduced because the treasury simply cannot afford it.

We must therefore openly debate the realities of paying to reach net zero. The Government’s Climate Change Committee estimated that to reach the 2050 target of net zero, the UK’s low carbon investment would need to increase five-fold to around £50bn a year by 2030.

Other estimations have been significantly higher; however, the true value is simply unknown. The technology to decarbonise everything simply does not exist yet and so the costs could and probably will spiral.

The Treasury has not ruled out further tax rises to pay for the green revolution either, and how can they? Electric cars may be cheaper to run at first glance than traditional internal combustion engines, but the cost to the exchequer will be significant. There is only 5% VAT charged on domestic electricity which is used to charge electric cars at home. Whilst the Chancellor received 37 billion pounds in fuel duty and vehicle excise duty revenues in the last financial year. Losing this would create a tax vacuum equivalent to 1.5 per cent of GDP which will only come through higher taxation. It’s highly unlikely this would be levied on green technology and so it will be those people who are left behind, that can’t afford expensive electric cars and live in places that do not have the infrastructure that will undoubtedly shoulder this additional tax burden.

The same can be said regarding the recent announcement that hundreds of millions will be spent to persuade people to get rid of gas boilers and purchase expensive heat pumps. Even with a £5000 grant it is still out of reach for the vast majority of working people. And for those that can afford them they will be forced to rely on expensive, alternative heating options because heat pumps only provide background heat. Bills will inevitably rise for those unable to switch as they fund grants given to those who can.

Ultimately, we should not be forcing inadequate, expensive technology on people in the name of net zero which will make people’s lives worse. When businesses and industries can produce a more efficient, better, and cheaper alternative, that is when we will have a true green revolution.

Western governments could implode their own economies and cause mass unemployment, while other countries’ economies will boom, fuelled by cheap fossil fuels and low regulation.

Every watt of power that can be generated domestically represents greater energy independence and thus increased security and autonomy. The last thing we need is to be subject to the whims of foreign powers that could turn off gas pipelines or stop shipments of fossil fuels at a political whim.

Which is why it is so concerning that British production of natural gas has fallen by over 60% since the year 2000. The international bidding war for natural gas has caused prices to soar, and shows just how reliant we are on energy imports. Russia is now sending more gas to the west than ever before whilst manipulating prices for its own geopolitical ends.

In addition, the crusade to net zero, at the expense of common sense, puts us at the mercy of China. China monopolises 80% of the supply chain for the mineral lithium which is required for the batteries in electric cars. And 8 of the 10 biggest companies producing solar panels are Chinese.

Whilst China builds more and more coal power stations, it is becoming a global leader in manufacturing green energy infrastructure which the west is required to purchase to meet its climate change goals.

UK emissions amounts to only 1% of total global CO2 emissions whereas China produced 28% and has been responsible for approximately two-thirds of the growth in emissions since the year 2000.

A net zero Britain will mean nothing whilst the rest of the world disregards commitments made at every other climate summit at will. Listening to many commentators you would almost think that Britain had a magic wand to solve this problem on its own, but I’m afraid the stark reality is that our contribution to global CO2 is negligible and our efforts to bend over backwards to combat so called climate change are more than wiped out as many other countries rightfully priorities higher economic growth, productivity and living standards.

Constituents in Blackpool won’t appreciate rising fuel bills, increased taxes, and energy shortages all in the name of being the world leader to achieve net zero whilst much of the world stands by and watches.