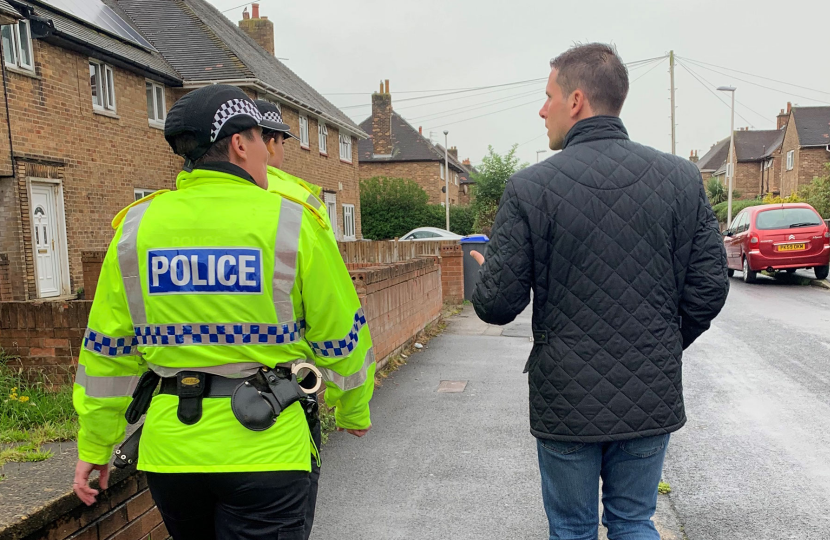 Blackpool South MP Scott Benton has welcomed the Government’s newly-outlined ‘Beating Crime Plan’ which he says will help to cut crime in Blackpool.

The report pledges that the Government will take a tough line on drug misuse - "We will address both the supply and demand – coming down harder on drug dealers, dismantling county lines gangs and supporting drug and alcohol addicts to access the treatment services they need to turn their lives around.”

“I welcome this plan, which outlines how the Government will use every tool at its disposal to cut crime. This Plan suggests sensible, practical measures including another wave of Police officer recruitment, improved CCTV coverage, better street lighting and more alley gates.”

“We must give everyone the security and confidence that comes from having a safe street and a safe home. It is why, first as Mayor of London and now as Prime Minister, I have always been absolutely determined to come down hard on the criminals who bring such misery to so many lives. And that’s what this plan is all about.”

“We will confront serious violence, neighbourhood crime and anti-social behaviour head on. Changes to the sentencing and release framework will mean that offenders will serve sentences that better reflect the severity of their crimes. There will be more prison places to keep criminals off our streets and to rehabilitate offenders.”