MP disappointed as number of littering penalties fall by a third 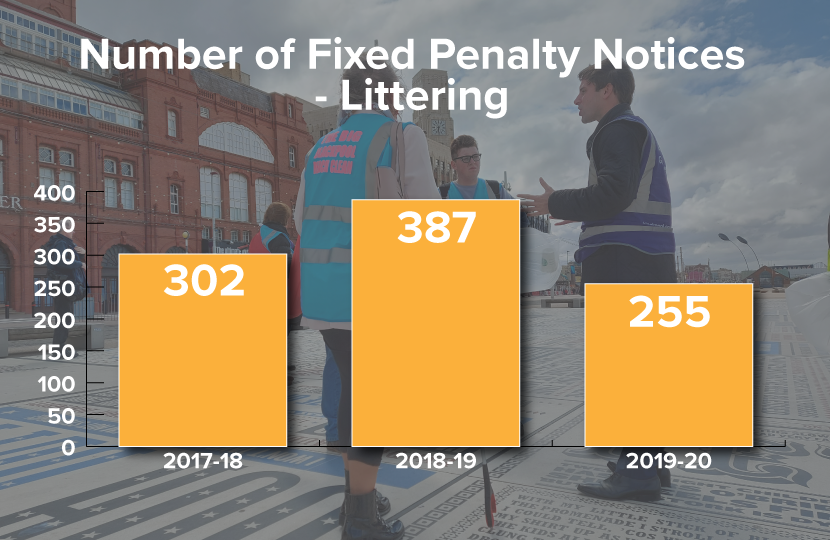 New figures released by Blackpool Council reveal that the number of fixed penalty notices issued for littering last year fell by over a third on the previous year despite cases reported to the council of littering and detritus increasing from 2,053 to 2,170.

Following progress over previous years, only 255 fixed penalty notices were issued last year compared with 387 in 2018/19.

Whilst I appreciate that there are pressures on the different services which the Council provide, it is absolutely clear that residents expect a clean and litter free environment to be at the very top of the Council’s priorities.

We are all aware of the different problems we’ve had with littering throughout the summer and residents rightly expect the council to not just keep Blackpool tidy, but to robustly challenge those who drop litter and disrespect our town.

These figures are deeply disappointing, and I would call on the council to review their approach to tackling those who think that the rules on dropping litter don’t apply to them. It’s important that the Council sends out a strong message that leaving behind litter won’t be tolerated.

In other figures released by the Council, last year there were over 2,987 reports of fly-tipping in Blackpool South – 64% of all reports to Blackpool Council, and 286 cases of dog fouling – 59% of the Council’s reports.

Littering and other street scene issues including dog fouling and graffiti let Blackpool down, both for residents and visitors.