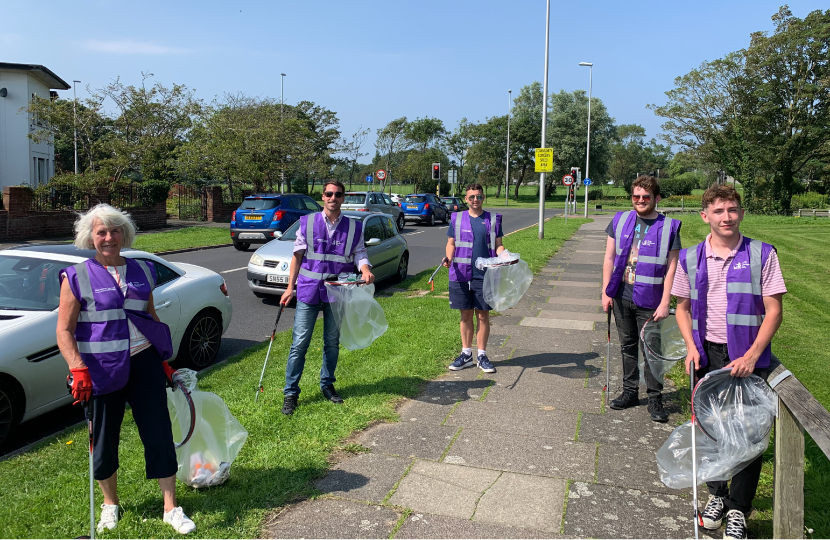 Scott Benton MP is leading the call to return a waste and recycling centre to Blackpool South.  Since Lancashire County Council closed down the previous facility in St Annes almost a decade ago, local residents have had no choice but to travel North of the constituency to dispose of their waste.

This decision has undoubtedly contributed to increased levels of fly-tipping around South Shore over recent years. I am starting this petition to ensure Blackpool Council are aware of what a huge priority for the people of Blackpool this is.

By opening a new facility in South Shore, residents would have the means to dispose easily of their waste, leading to much tidier streets and increased rates of recycling.

I have launched a petition to bring back a waste and recycling centre in South Shore. Currently residents and businesses are faced with a long trip to the north of the town, or have to pay and wait over 5 weeks for the council to collect larger items. This is completely unacceptable and prevents the improvement of our residential areas in the town.

Residents from across the town have been in touch in support of his petition.

Over the last few weeks I have received lots of emails and phone calls in support of reintroducing a Waste Centre to Blackpool South. It’s time Blackpool Council started listening to people’s real concerns and investing in useful projects that will lead to positive change in the town, rather than wasting tax-payers money on vanity projects and fancy slogans.

I would invite all Blackpool residents to sign this petition to show the council that we expect action to be taken to keep our town tidy. This proposal is the obvious first step in doing so.’

Petition for a permanent recycling facility in Blackpool South

Littering and other street scene issues including dog fouling and graffiti let Blackpool down, both for residents and visitors.

Petition for a recycling facility in the South Shore area